Today, we renew our pledge that no one will be left behind. 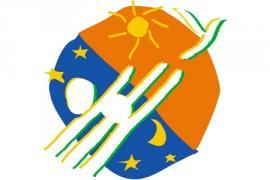 Thirty years ago, on October 17, 1987, Father Joseph Wresinski launched his historic Call to Action against extreme poverty at the Trocadero Human Rights Plaza in Paris with his declaration that “Wherever men and women are condemned to live in extreme poverty, human rights are violated.”

This powerful message was ground-breaking because it asserted, for the first time, that poverty is not only about adequate income or meeting basic needs, but, more importantly, is also about being able to live a life in dignity and to enjoy basic human rights and freedoms.

Joseph Wresinski believed, and demonstrated through his work with poor communities, that the way to break the vicious cycle of extreme poverty was to support people in their fight for their human rights. Today, the influence of his vision is self-evident in the United Nations Guiding Principles on Extreme Poverty and Human Rights and the implementation of the rights-based approach to poverty eradication and development as a central plank of the United Nations’ development strategy.

Every year, since the Call to Action in 1987, people from all walks of life around the world have come together on October 17 to observe the World Day for Overcoming Extreme Poverty as an occasion to renew their  commitment to answer the Call to Action and to pledge their solidarity with all people who strive to eradicate extreme poverty.

Since then, the joint observance of the International Day for the Eradication of Poverty and the World Day for Overcoming Extreme Poverty, has actively promoted dialogue and understanding between people living in poverty and their communities, and with society at large. These observances have enabled people living in extreme poverty to break the silence of poverty and to act in solidarity with those who aspire to be their partners.

The theme “Answering the Call of October 17 to end poverty: A path toward peaceful and inclusive societies” that was selected to mark this auspicious year, reminds us that peace is the universal goal of all people,  especially for people living in poverty who are forced to suffer the pain of exclusion, discrimination, injustice and violence. It also reminds us that only a world free from poverty will provide the sustainable foundation for building peaceful and inclusive societies. It further  reminds us of the importance of the values of dignity, solidarity and voice, underscored in the Call to Action, in the struggle to end poverty everywhere.

These important values are embedded in the United Nations’ Agenda 2030 which recognizes that strategies to overcome extreme poverty must guarantee the fulfilment of all human rights and ensure that no one is left behind. Agenda 2030 also recognizes the importance of mobilizing all stakeholders in the fight against poverty and promoting the full and active participation of people living in extreme poverty.

However, we must not be complacent because the  successful implementation of the United Nations’  ambitious agenda depends not only on our active  participation but also on our constant vigilance to ensure that world leaders live up to their commitments to end poverty in all its forms and to build peaceful societies.

So, I invite you to join us as we renew our commitment to answer the Call to Action and to stand in solidarity with all people around the world who strive to eradicate extreme poverty.

Today, we renew our pledge that no one will be left  behind.

PDF version of the message