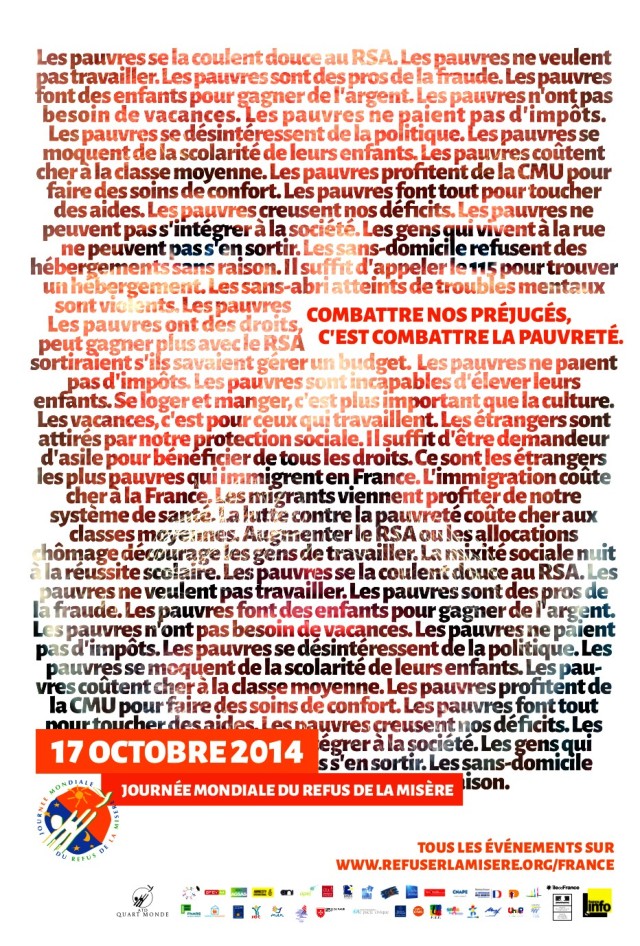 In July 2013, the Irish Vincentian Partnership for Social Justice wrote in JustNow:

“Myths can be dangerous. Myths misrepresent the situation of people struggling to exist. Myths ignore the complex nature of poverty. Myths make it possible to blame people for their poverty and make it easy for the better off to feel self-righteous, and, as a result, ignore their responsibility as citizens. In the current economic climate, myths can help justify further cuts to social welfare payments.

Some members of the media, politicians, and commentators reinforce myths and perpetrate a grave injustice on people struggling to survive. In every section of society, there is a minority of people who abuse systems. Myths make it possible to discredit the majority who do not.

In 2012, a number of the Christian churches in the UK published a detailed report, “The Lies We
Tell Ourselves: Ending Comfortable Myths about Poverty.” The report examines in depth the evidence for the
myths and shows they are without foundation.

Poverty disturbs. Myths, fiction and misrepresentation help to make us comfortable and blind.”

← European Social Charter at the heart of next 17 October in Europe
UN Day in London: Recognising the Contribution of People Living in Poverty →