The “Make Poverty History Quotes” exhibition displays of over forty different banners secured along the railings bordering the River Liffey, on Custom House Quay. It is on display from Friday, October 5th, through to Wednesday, October 17th.

The exhibition will be concluded following the Annual UN Day for the Eradication of Poverty Event.

The banners are showing important quotes from social justice key figures whose significant anniversaries fall during 2018, and for whom the Irish End Poverty Day Committee calls on Irish people to #BeTheLegacy and take action, and continue in their legacies to try and create a world free from poverty. The leaders quoted are among others: Nelson Mandela, James Connolly, Mahatma Gandhi, Joseph Wresinski, and Martin Luther King Jr.

On Tuesday, October 9th, at 4pm, the “Make Poverty History” Exhibition will be formally opened by former Irish Ambassador to the United Nations, David Donoghue. In September 2015, Ambassador Donoghue who played a key role in the facilitation of the negotiations leading to the historic adoption of the 2030 Agenda for Sustainable Development. 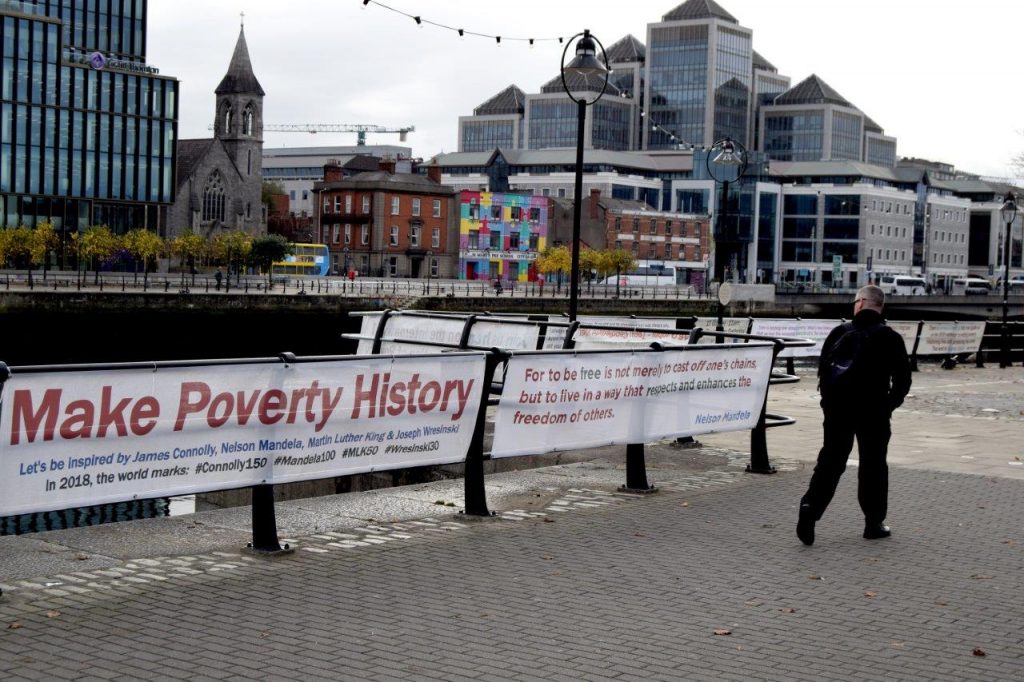 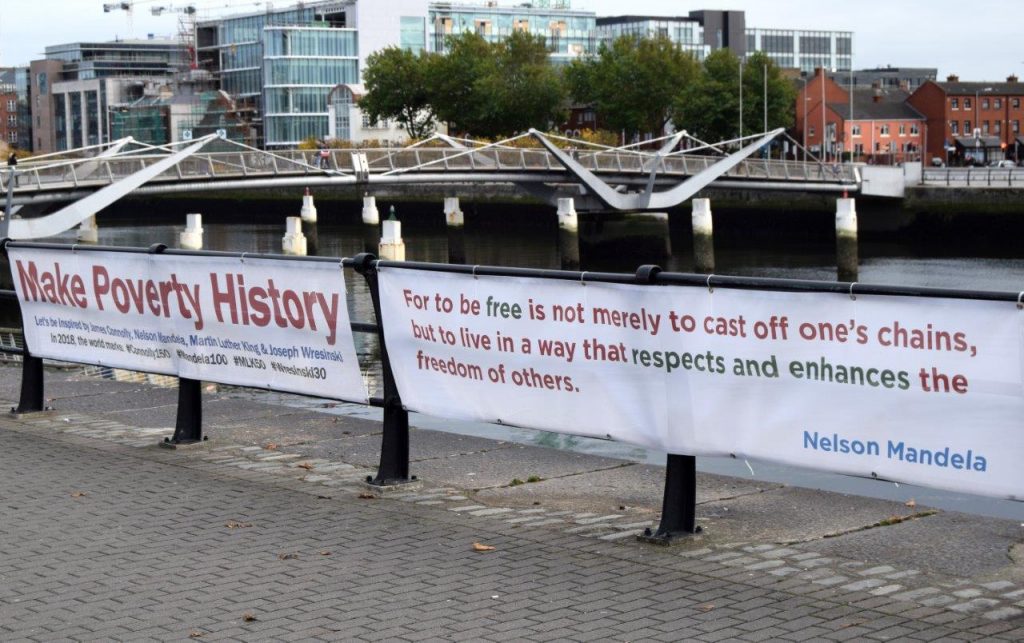 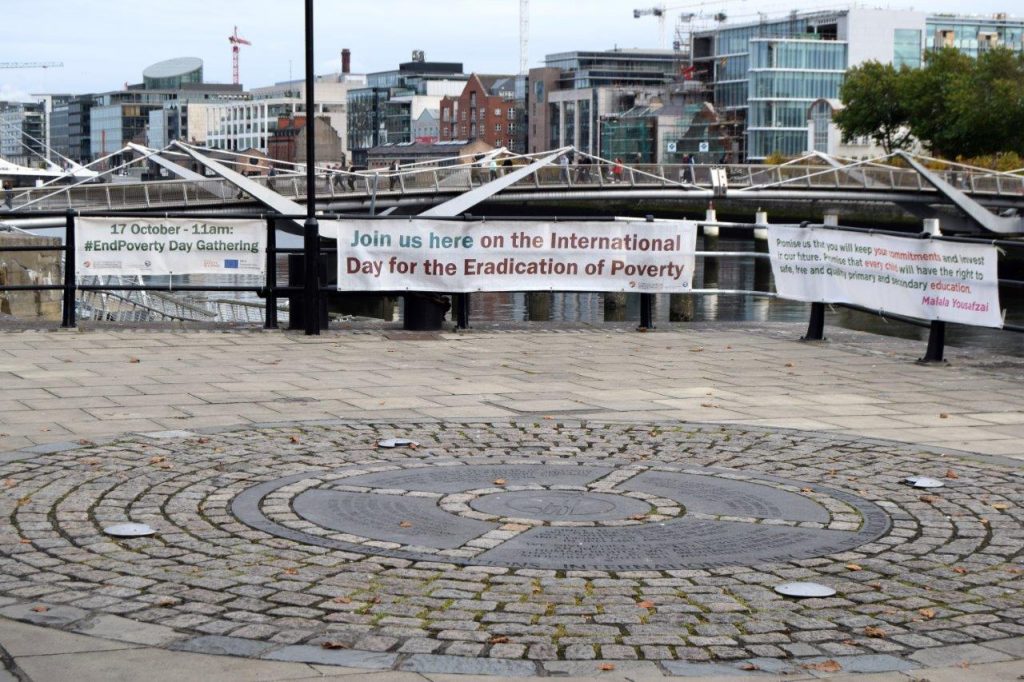 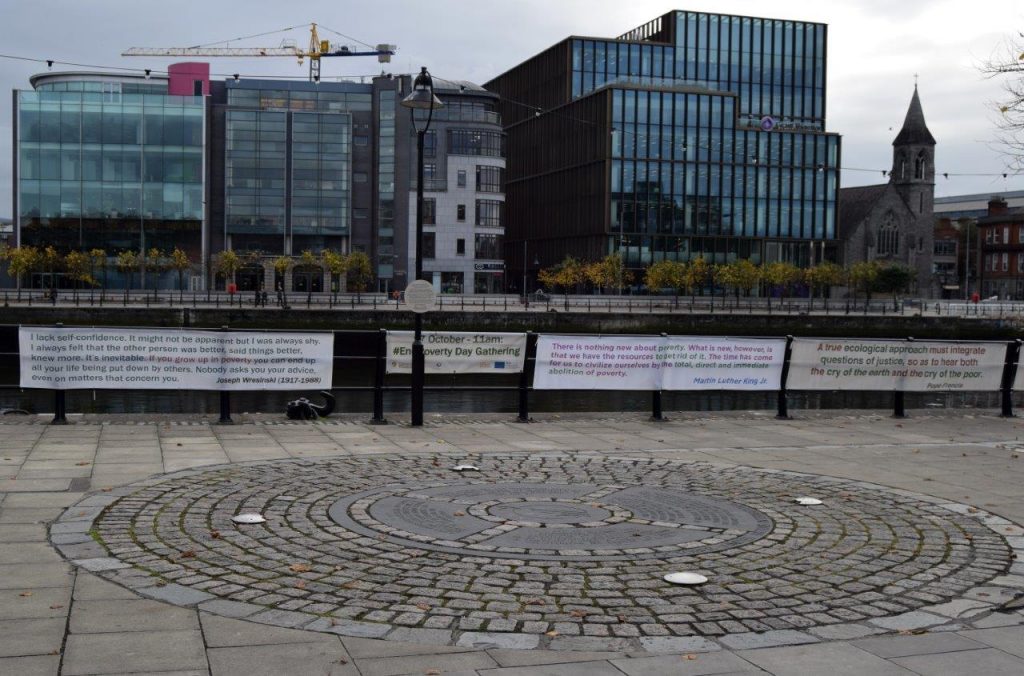 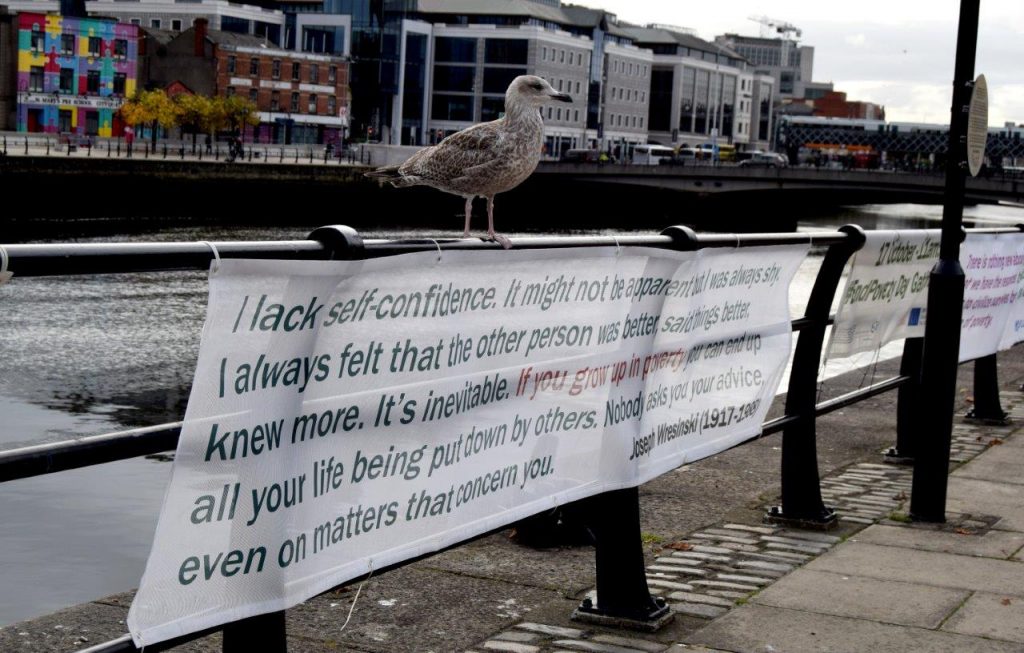 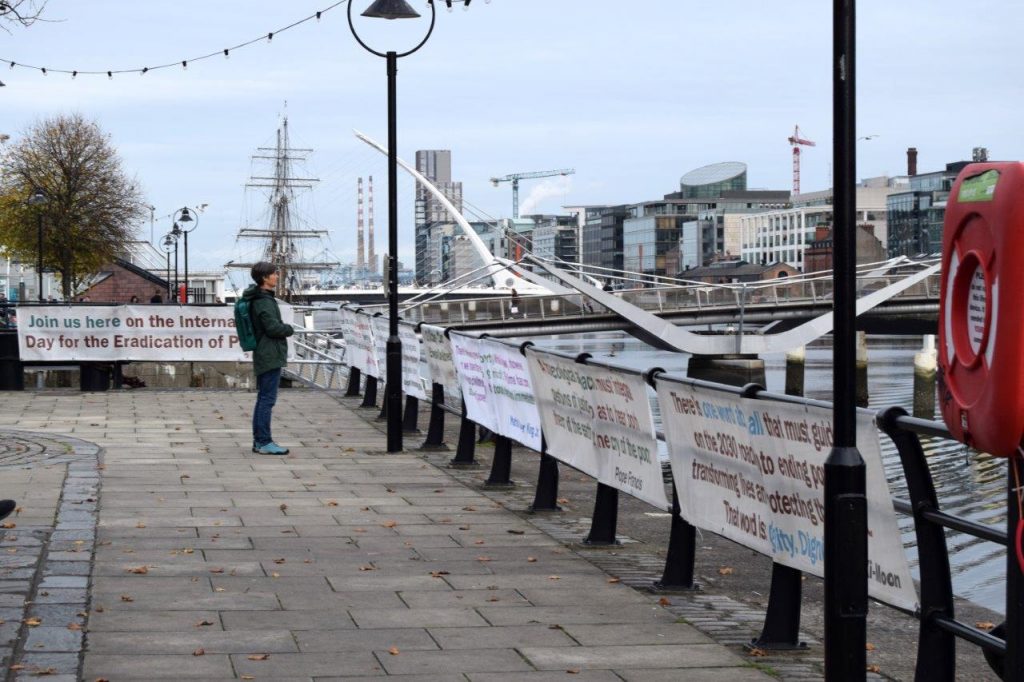 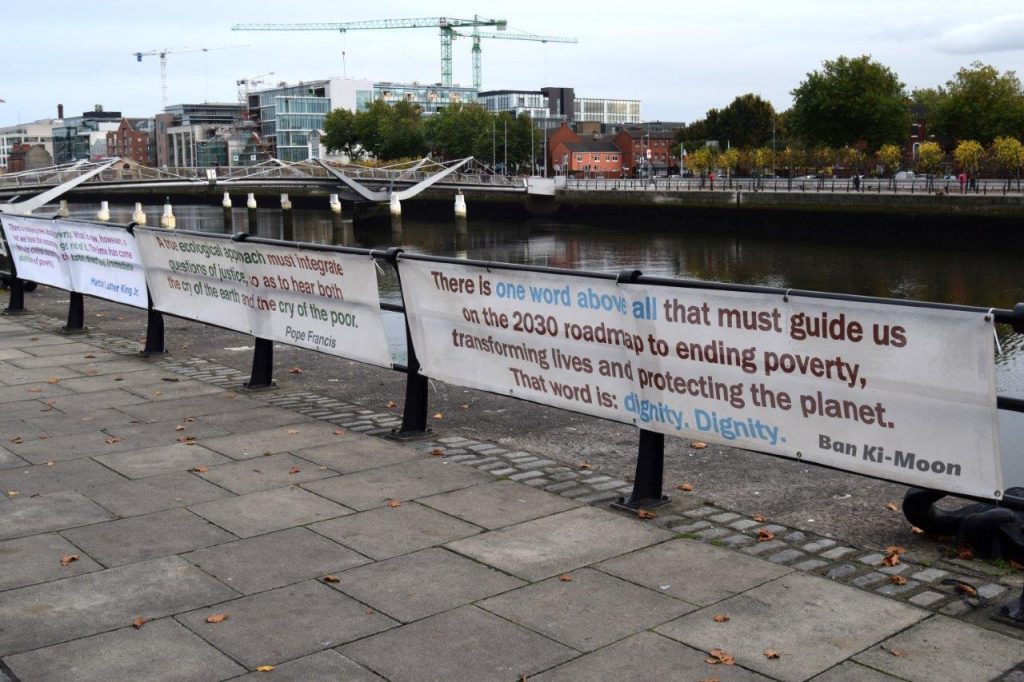 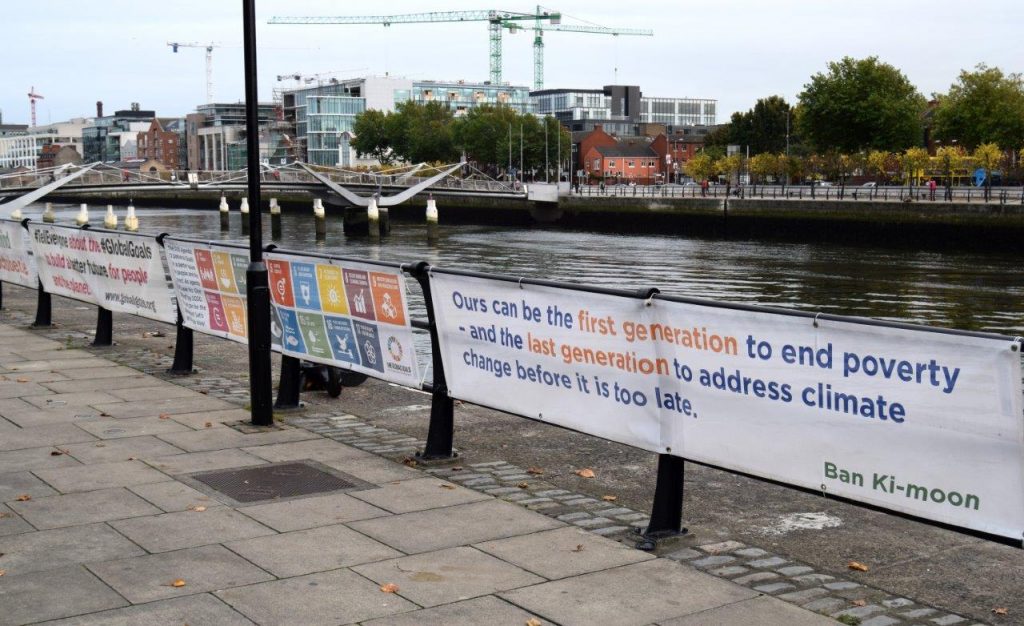 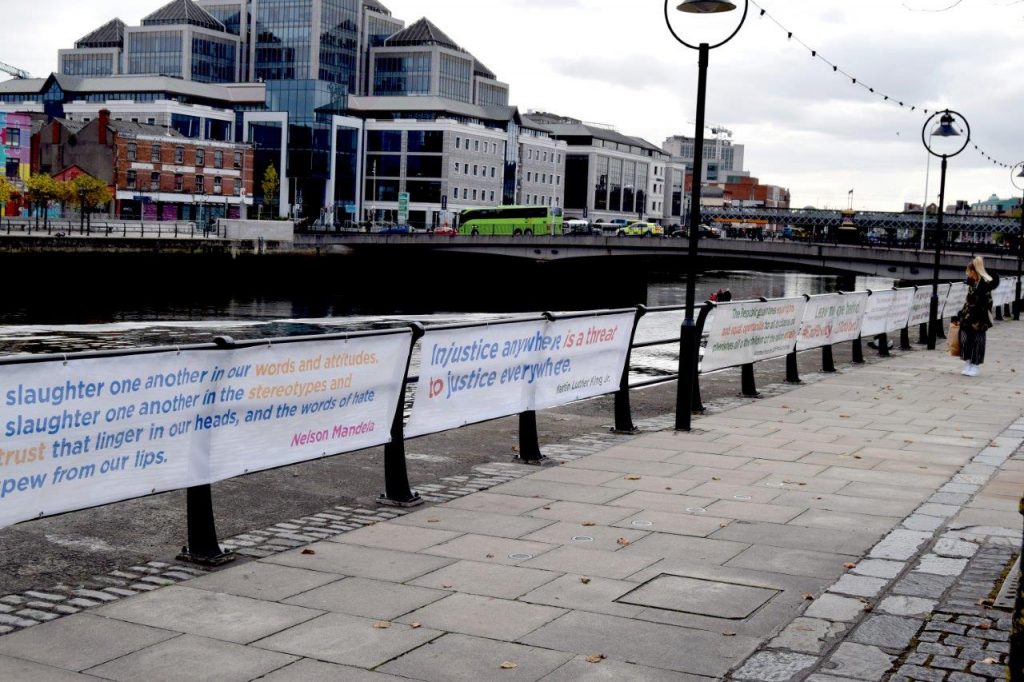 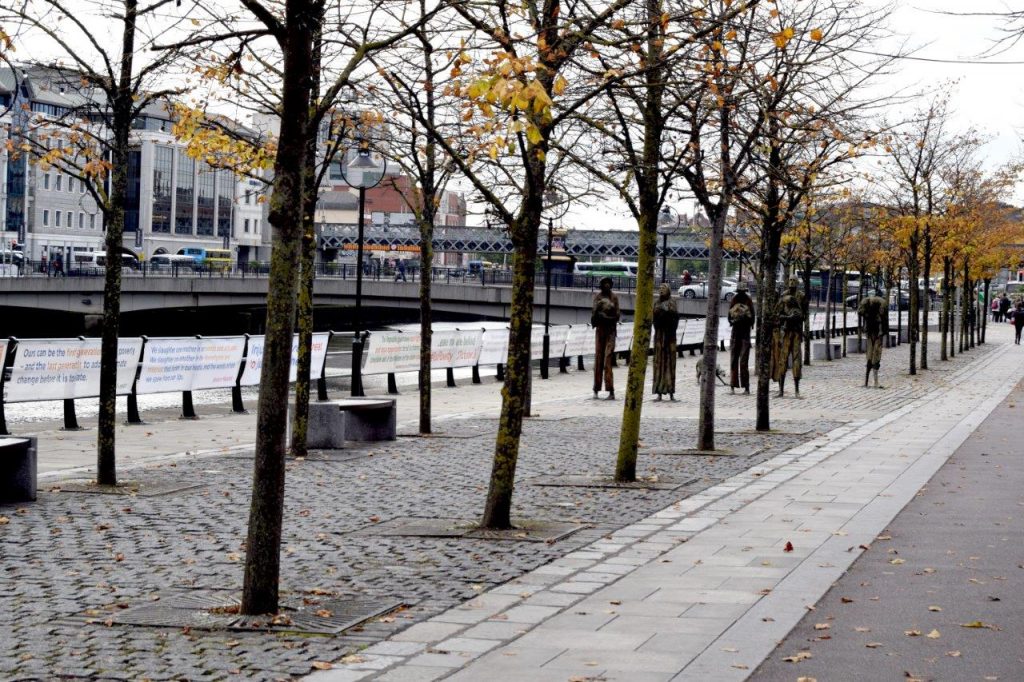 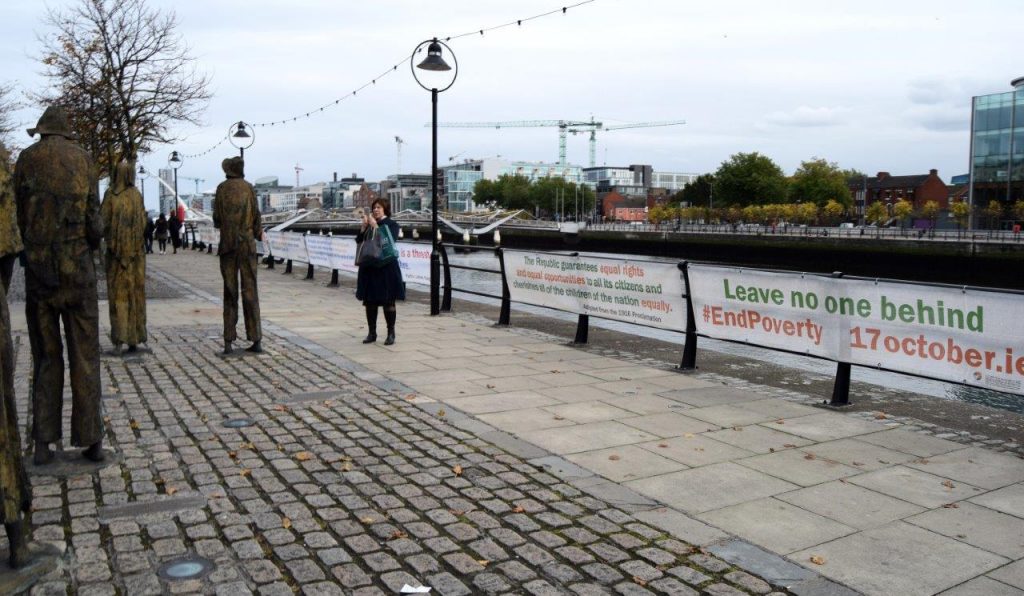 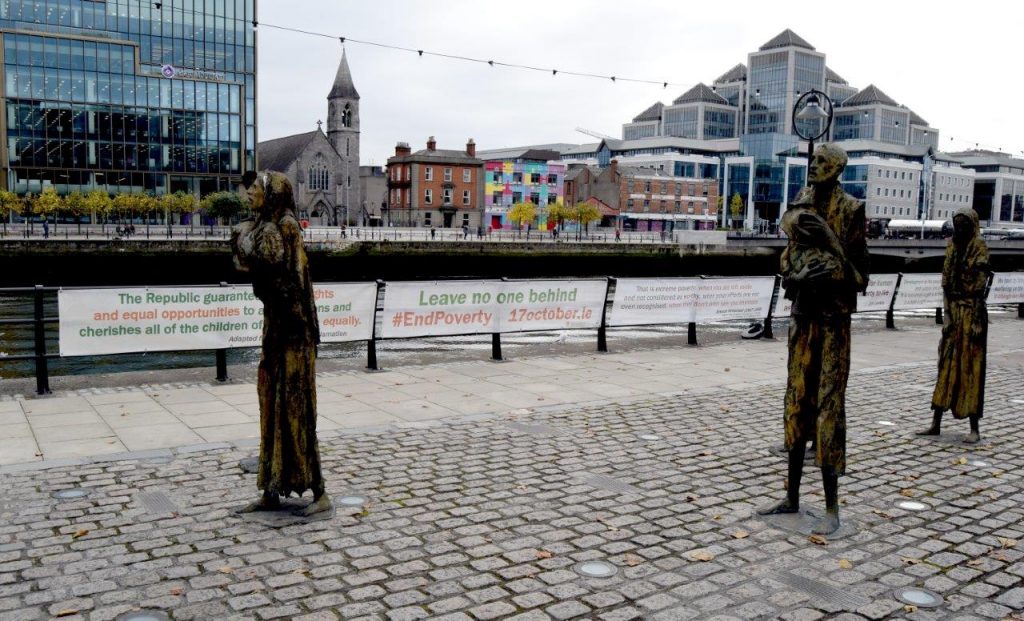 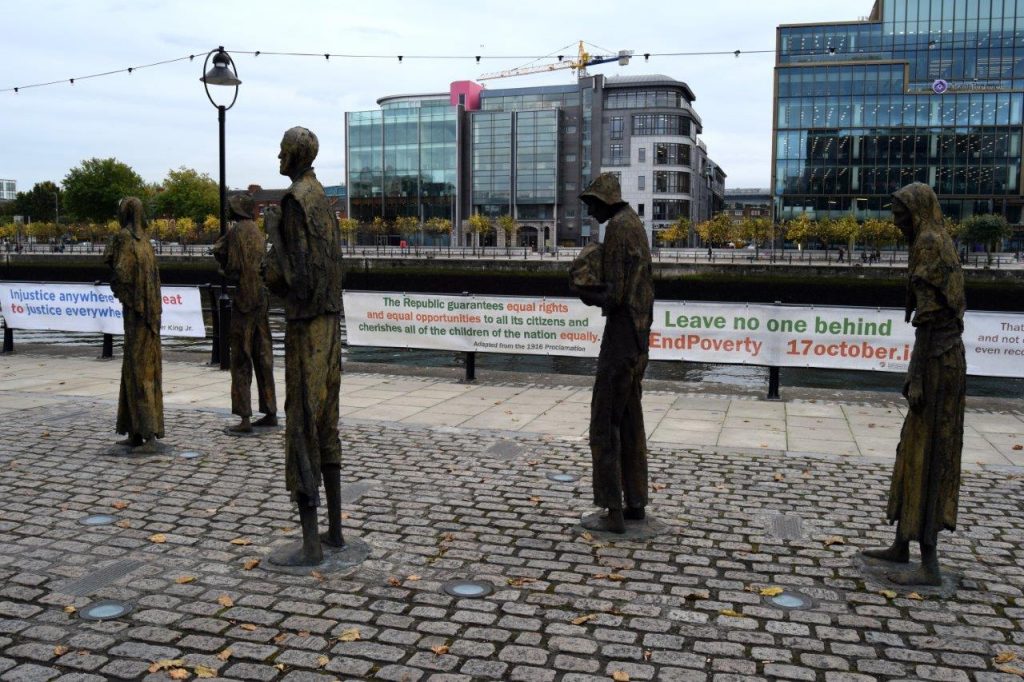 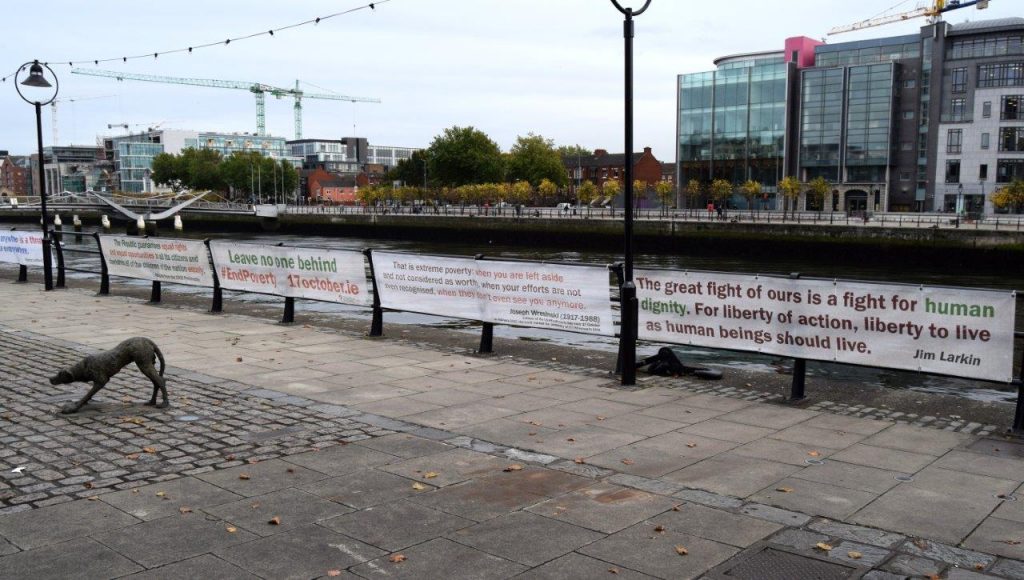 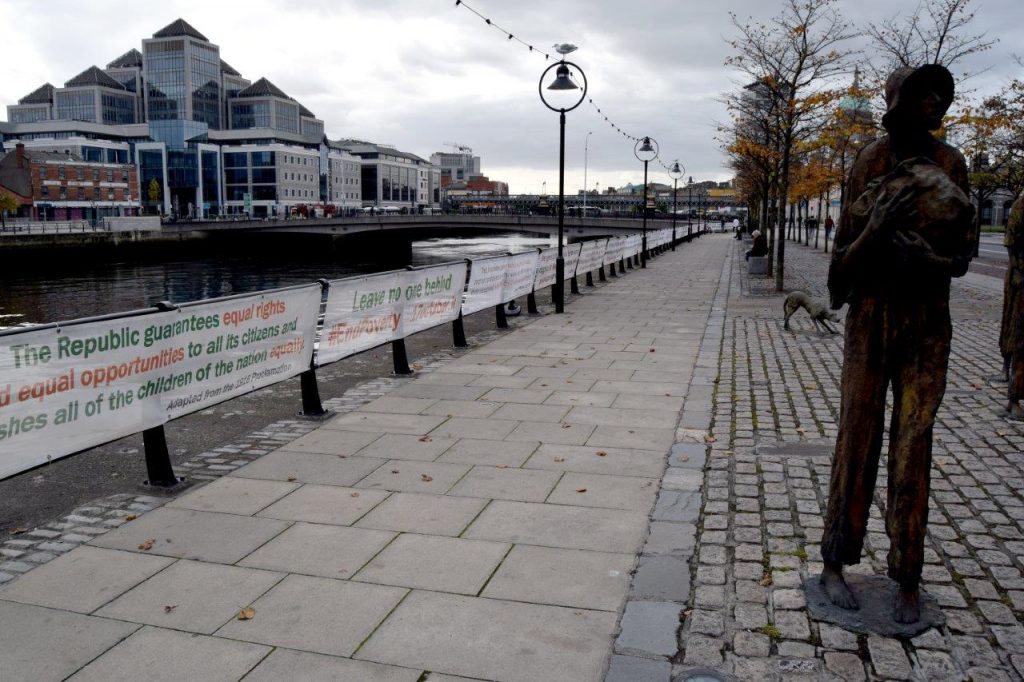 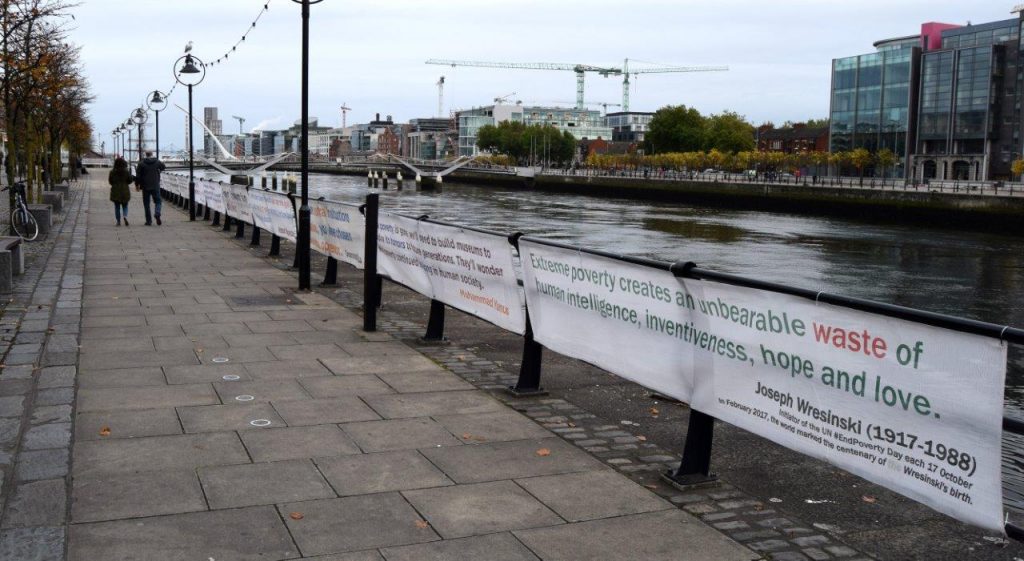 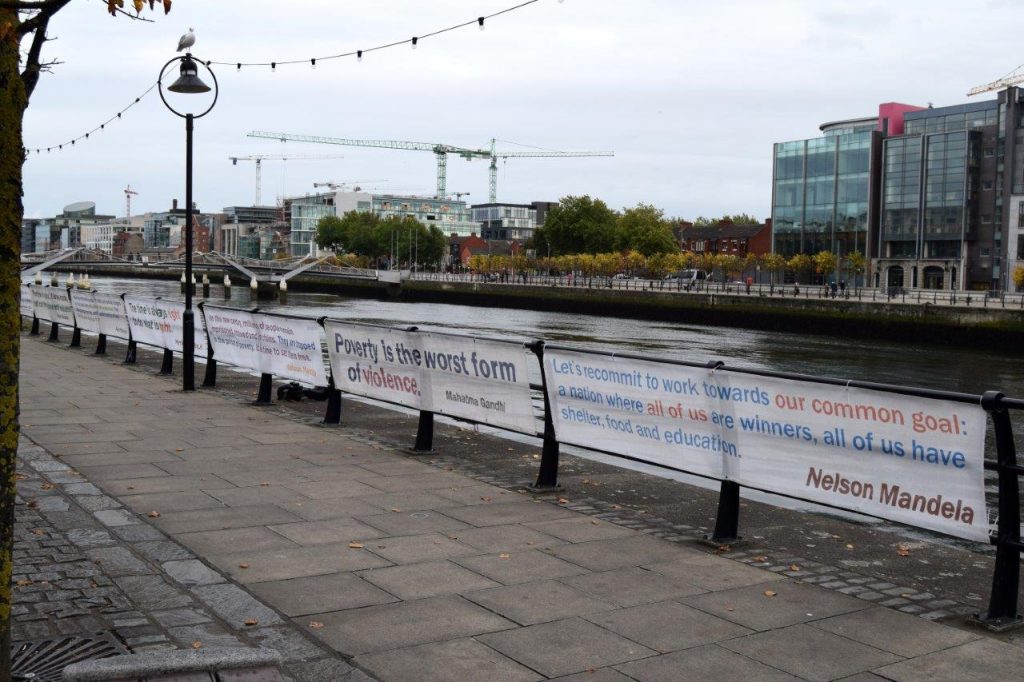 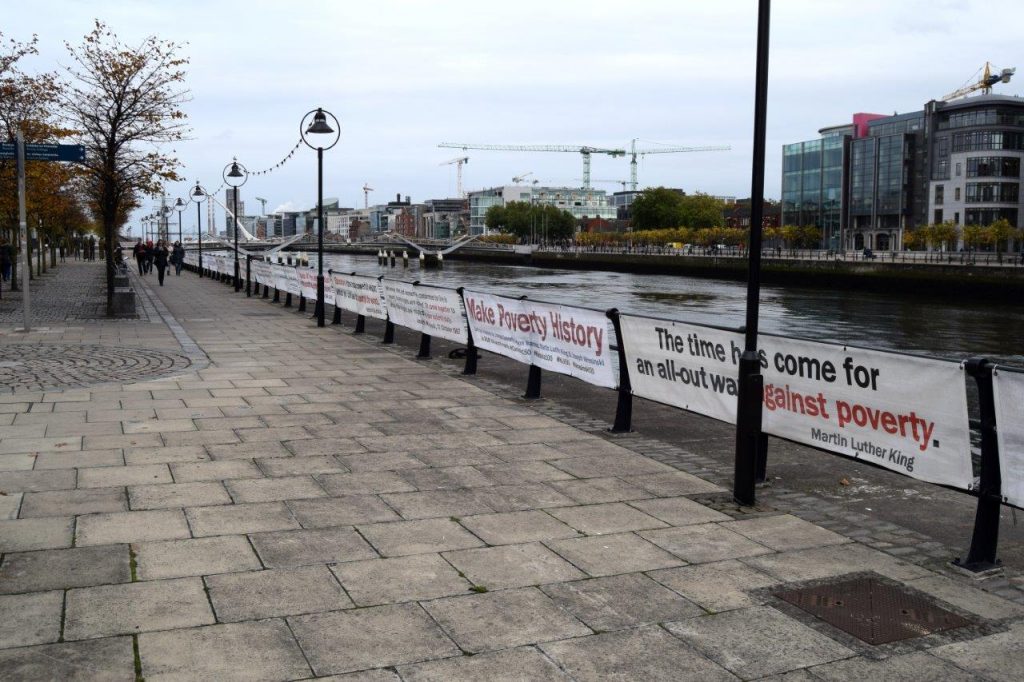 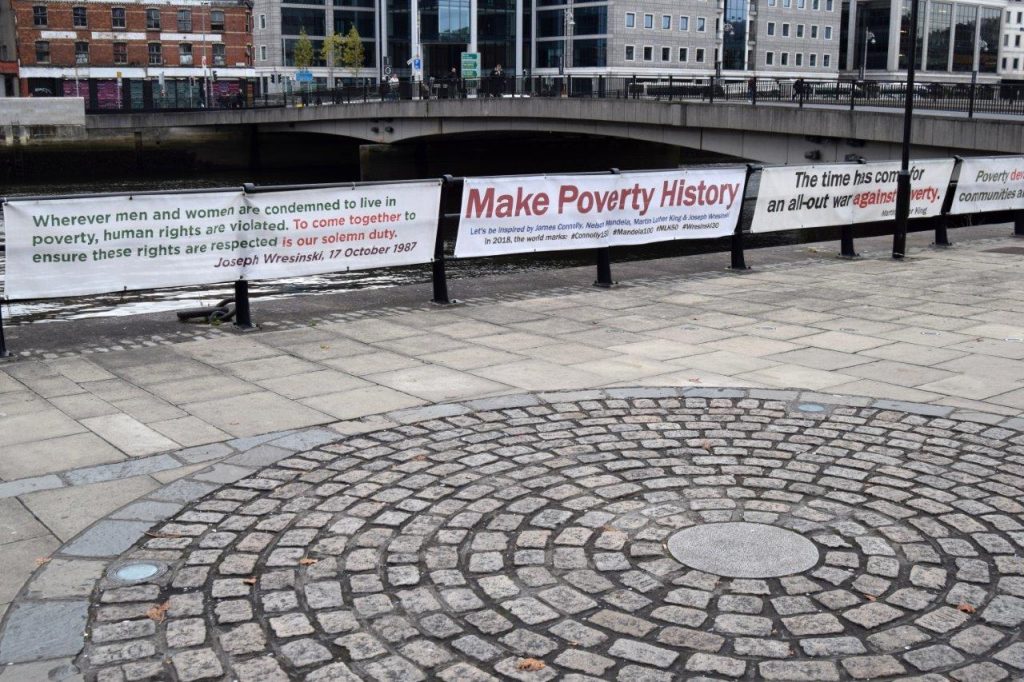 ← Be the Generation to End Poverty! A Poster for the UN Day in Dublin
Voices for Dignity – A sing along evening to mark End Poverty Day 2018 →