On this day we recommit to think, decide and act together against extreme poverty — and plan for a world where no-one is left behind.

We have reached the Millennium Development Goal target of halving the proportion of people living in poverty ahead of time. At least 700 million people were lifted out of extreme poverty between 1990 and 2010.

Despite this enormous success, one in every five persons in developing regions — 1.22 billion people — live on less than $1.25 a day, and 2.4 billion live on less than $2 a day.  Since the beginning of the financial crisis, inequality has grown even more pronounced than it was already.  Discrimination against women and girls remains a blatant injustice, robbing the entire development enterprise of one of the keys to progress.

Entrenched poverty and prejudice, and vast gulfs between wealth and destitution, can undermine the fabric of societies and lead to instability. Where poverty holds sway, people are held back.  Lives disfigured by poverty are cruel, mean and, often, short. 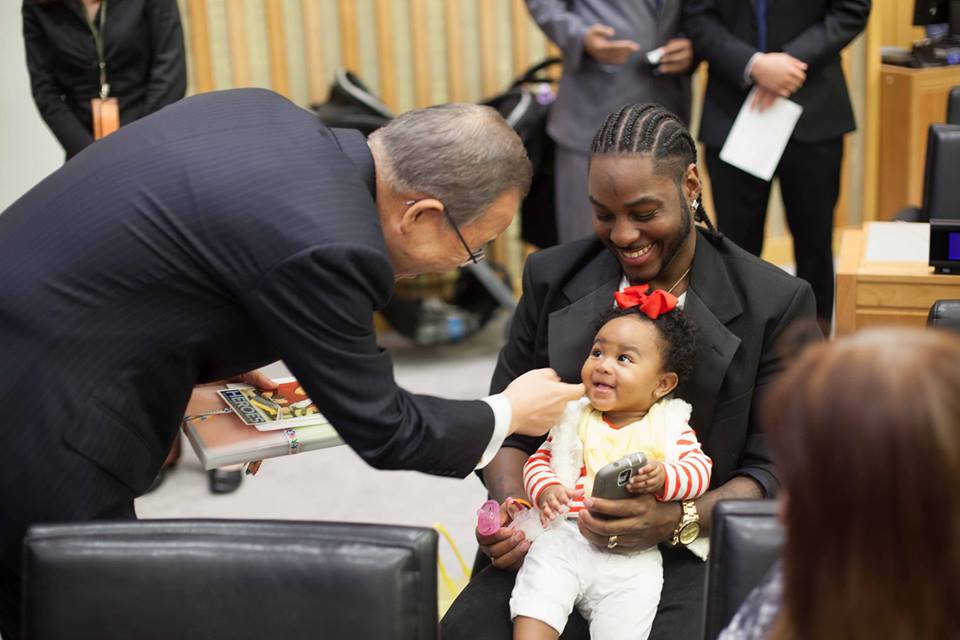