17 October with our Friends in Rouyn Noranda, Canada

Dominique Vinchon and Françoise Sleeth who have been supporting directly the work of the Irish 17 October Committee from 2009 to 2013 sent us some pictures from the observance of the UN Day in Rouyn Noranda, Quebec, Canada.

On this day, they joined the community groups there who marched and gathered at the Human Rights and Poverty Stone unveiled in 1993. This Stone is the first Replica of the original 17 October Stone in Paris which was laid on the soil of the North American continent.

During the commemoration, Dominique Vinchon read a testimony presented in Dublin on 17 October 2013. 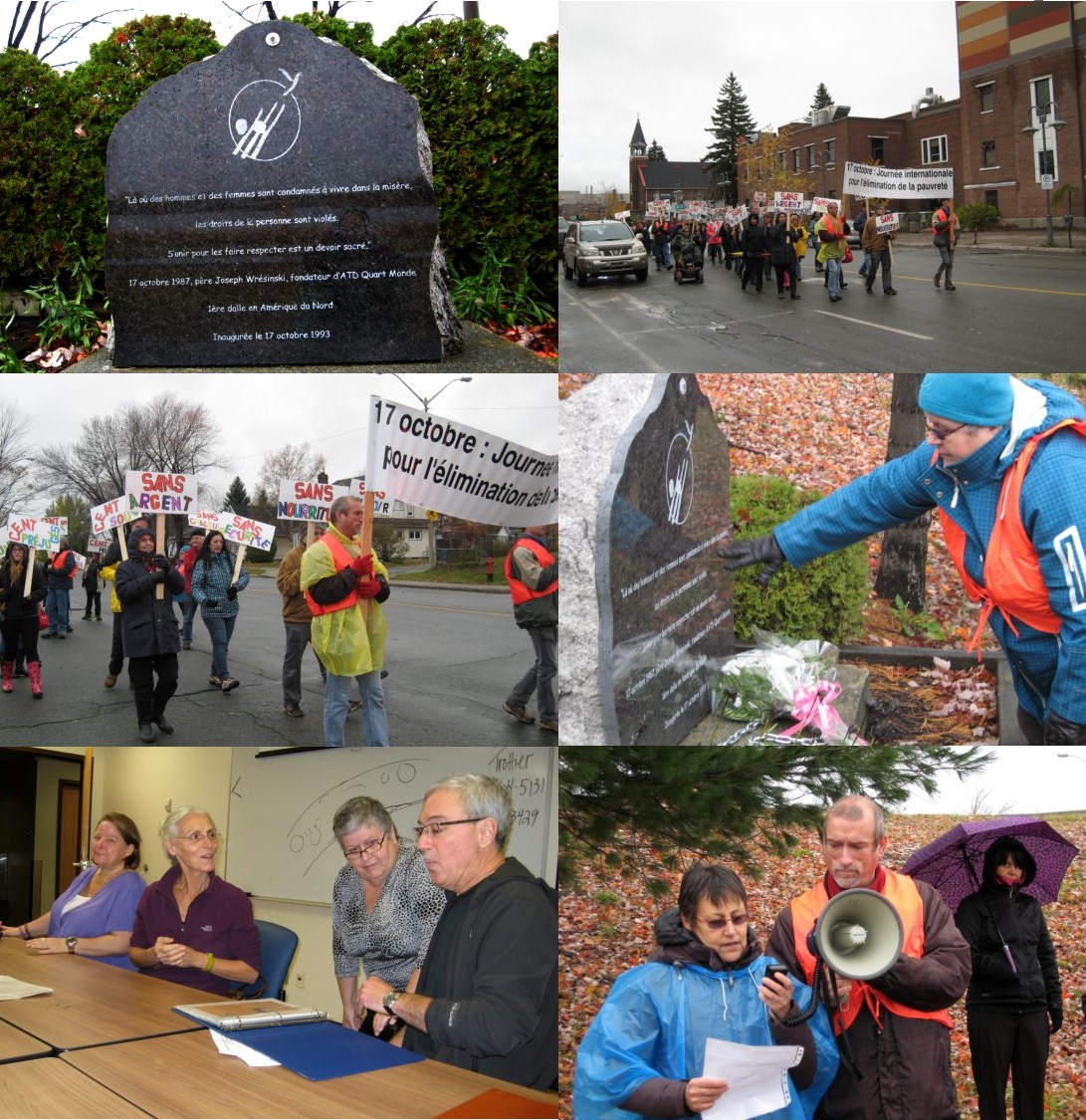 ← Dublin marked UN Day for the Eradication of Poverty 2014
Press Review! 17 October in Portlaoise and Granard →